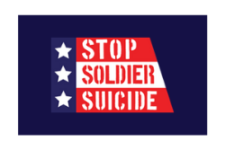 Rankin McKenzie Partner, Alex Duhon, is proud to be working with such an amazing organization. Stop Soldier Suicide is the first national, veteran-founded-and-led nonprofit focused
on military suicide prevention.  U.S. Army veterans Brian Kinsella, Nick Black, and Craig Gridelli co-founded Stop Soldier Suicide in 2010 amid the worst suicide crisis our military has ever seen. Each of them knew fellow soldiers and veterans who were struggling, and they were determined to create a solution.
Please read more about their important mission at Stop Soldier Suicide.